American Express Platinum Card annual fee - For those who are used to spending $550 a year on credit cards, the $145 increase doesn't seem like much. 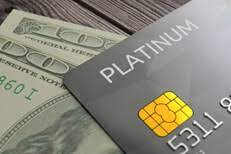 What is the annual fee for the American Express Platinum Card?

The American Express Platinum card increases the annual fee from $550 to $695 and adds new perks.

The American Express Platinum card does not offer a major advantage when making non-travel purchases.

Even those who are more optimistic about travel may want to reconsider as well.

Most of the benefits of existing AmEx Platinum are almost the same as other similar cards, although the costs are higher.

American Express certainly knows that a lot of people fit that bill. But many won't, and forcing yourself to use those things just to get credit doesn't really save money.

First, don't rush to close your account because the new fees won't be calculated until the month of your renewal date next year.

You can also enjoy some new benefits, which are already in effect, before canceling.

This time lag is good for American Express as some cardholders will either get used to this extra or just get used to the higher annual fee.

In the meantime, it's a good idea to call American Express to see if they'll offer a deal to keep your business.

Those who find travel gift cards still important may want to think about the less expensive Chase Sapphire Reserve card. Chase also plans to increase the annual fee for the card next month, but to $550 from $450.

This upgrade may be easier for more existing cardholders, given that consumers earn 3 points for every dollar spent on travel and food.

In addition, Chase has extended some pandemic-era relief. The $300 annual travel credit can be applied until the end of the year on non-travel purchases, such as gas and groceries, and through September customer points are worth more than usual when redeemed for groceries, home improvements, or meal expenses.