Home Sport Rules of baseball and How to Play

Rules of baseball and How to Play

The game of baseball is almost similar to the game of softball, but the difference is that there are basic baseball rules that you should know. 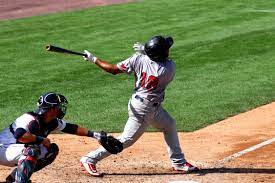 Among them are the size of the field, wood, bat, ball, and the way the thrower bounces the ball and trickery, how to leave the base, and the number of innings in play.

There are so many basic baseball rules that you should know, see the full explanation below: 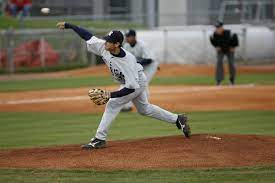 Baseball field shapes and sizes are as follows.

The distance from home base to pitcher plate is 18.45 m.

The cross section has a diameter of 7 cm.

the circumference is 23 cm.

The number of players in a baseball game for each team is 9 people with the position of the players on the field as follows.

The game of baseball lasts for 9 innings.

A base runner can freely leave his base. When the pitcher is ready with his plate, the base runner is still allowed to leave the base.

A runner with a good shot and who can return safely outside home base will get a score of 1.

Every runner who goes to the base, must not pass the base. If you pass, you can type unless you run to base 1 straight to base 2, without pretending.

If the ball that is hit is caught by the guard team, the bat is declared "dead" and the other runners must immediately return to their original base, so as not to fall.

Therefore, every hitter must try to hit his shot well and far so he can run at least to 1st base, other players move to 2nd base and so on.

A catcher will stand in the box behind the home base, his job is to catch all the pitchers who are not hit and keep the home plate level with the base runner.

The catcher must also catch the ball that falls near home plate and prevent runners from stealing base. The catcher wears a face shield, gaiters, body armor, and gloves (gloves).

Overall, the baseball kit consists of:

A pitcher is in charge of throwing the ball as hard as possible and must be precise so as not to let the opposing player (bat) hit the ball.

A batsman tries his best and as far as possible to hit the ball into the playing area (fair territory). If the ball is hit out of the playing area, it is considered a missed stroke and the "hit" advantage counts for the thrower.

Each batsman is given three chances to hit the ball from the pitcher.

If the pitcher manages to throw the ball three times right into the attack zone without being hit by the batsman, then the batsman is declared "out" and must leave the field and return to the dugout.

The strike zone is an "imaginary box" where the ball is thrown, it is as wide as home plate and its height is determined between the knee and elbow of the batsman's front hand.

A ball hit with a bat is not a force or a force.

Players are listed sequentially as butter or pitcher. This player has no defensive role.

A game in which one or two hitters or runners are excluded.

Every run made (which results in a score) except for one resulting from a fielding player error.

A player misses the opportunity to take out a bat or runner to skyrocket or advance.

A fielder's attempt at a fair ground ball to finish off the hitting runner and hitter.

A game in which a runner is ejected when forced to advance to the next base to make room for the next runner.

21. Playing on the Field

A fair play ball is struck above the infield where the runner is at first, second or third base and no more than one out. The referee announces or declares an "infield flay" and the bat is automatically out.

Failure of the catcher to catch and hold the ball thrown other than a wild throw in favor of the departing runner.

A bat that plays other players on a bat.

A run that scores and rewards the batsman as a result of a safe stroke, sacrifice, out infield out, or bat hitting base on a specified ball with a full base, force run.

A successful attempt by a hitter (before two outs) to advance a runner with the aid of a bunt or long play out.

Attempts to bring home runners from third base with the help of a bun.

The action of the runner in continuing to base home from base without the aid of a bat or foul play by the defending team.

Two matches under flood light, one after another with the first start in the early twilight.

Balls is a condition when the ball is easily hit by the bat, so the thrower releases or throws the ball outside the strike zone to outwit the bat, and force it to swing or hit a bad ball (Balls).

Every bat/bat that has hit the ball into the playing area, continues as a runner (baserunner). He strives to work towards base, as far and away from base, as long as defenders catch and control the ball and throw it back to another defender (infielder) to run faster and play. .

The attacking team player is also declared out, if the ball he hits can be caught in the air by the defending player, without touching the ground first (fly out).

Because the bat is forced to run, after hitting the ball into the playing area, and is surpassed by the ball that was caught first by the first baseman at his base, this is called a force out.

If the runner/batter reaches the base before the ball is caught by the infielder at his base, then he will be "safe" and can stand still on the base he has reached.

Bats that hit the ball past the infielder, can easily reach first base, also have the opportunity to reach the next base, so that Padak can hit the ball well, hard and difficult for defenders to control.

Since the runner hereby tries and intends to reach the next base without the knowledge of the defense team, this is "base stealing".

If the baserunner leaves his base, to shorten the distance to the next base, then the team's defense can only kill the runner through the tag (touching the ball in his hand (glove) on the runner that comes from the tag out.

How to Play Baseball 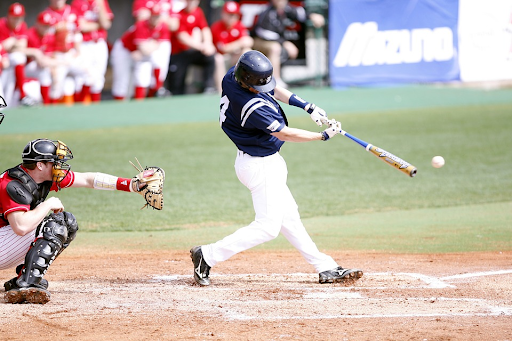 Baseball game is played by two teams, each team consists of 9 people. When playing, each team will act as a batting team and a guard team.

The batting team will try to run between bases and return to home base, while the guard team will always try to turn off running between opposing players.

A batsman must stand at home plate, then try to hit the ball awarded by the pitcher from the pitcher's plate.

A thrower bounces the ball with a swing of the hand either from the side or from above which is legal to hit (the side area between the knee and shoulder of the hitter).

The chance to hit only 3 times, after that the hitter runs to 1st base, then continued by the next hitter according to the serial number or chest number of each player.

Some of the things that are prohibited for a pitcher are as follows:

Thus the article about the basic rules and how to play baseball. Hope it is useful !!